WCCTV was named Business of the Year (£5m+ turnover) at the 2015 Rochdale Business Awards on Friday 6th November 2015.

The award follows a successful year for WCCTV, in which the Company delivered outstanding business performance across all departments.

Over the 2014/2015 period, the Company announced the construction of its new global HQ on Kingsway Business Park, Rochdale, launched a range of innovative new products, contributed to the local economy, communities and charities, launched its US operation and established an office in Hemel Hempstead.

The Rochdale Business Awards, which were established in 2011 to celebrate the achievements of businesses and business people within Rochdale Borough, brought together Rochdale's leading businesses at the magnificent Rochdale Town Hall.

Rochdale has a vibrant business community that includes long-established, multi-nationals and an increasing number of new companies. Each makes a huge contribution to the local community and economy as a whole, and the awards aim to showcase what they do and recognise their success.

WCCTV is a proud member of the Rochdale business community and is delighted to have been recognised at such a prestigious event.

Speaking on the award, WCCTV's Managing Director David Gilbertson said, “I'm delighted for all the hard work and dedication of the team over many years. Their hard work is why we have won this award. It is good to be recognised.” 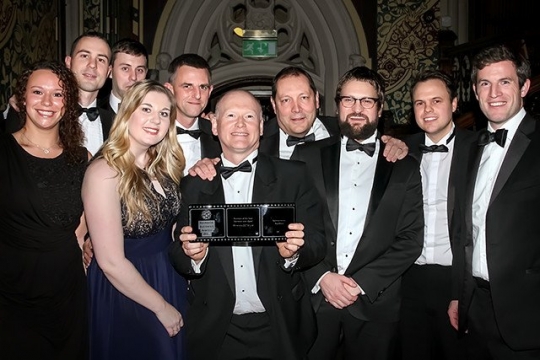