R&W Rail were contracted by Network Rail to repair and replace the River Fowey Bridge located at the entrance to Coulson Park in the historic town of Lostwithiel in Cornwall.

The work on the bridge was needed to improve the longevity of the structure which carries the MLN3. The main section of the work was agreed to be completed between 13th March to the 29th March 2021 during this time the railway was closed.

To facilitate the closure of the mainline R&W Rail started work in the area on the 23rd November 2020.

Whilst R&W Rail conducted the work they needed a proactive security system to protect their site and the railway from trespassing and to prevent plant theft which would cause significant delays and disruption for railway users. 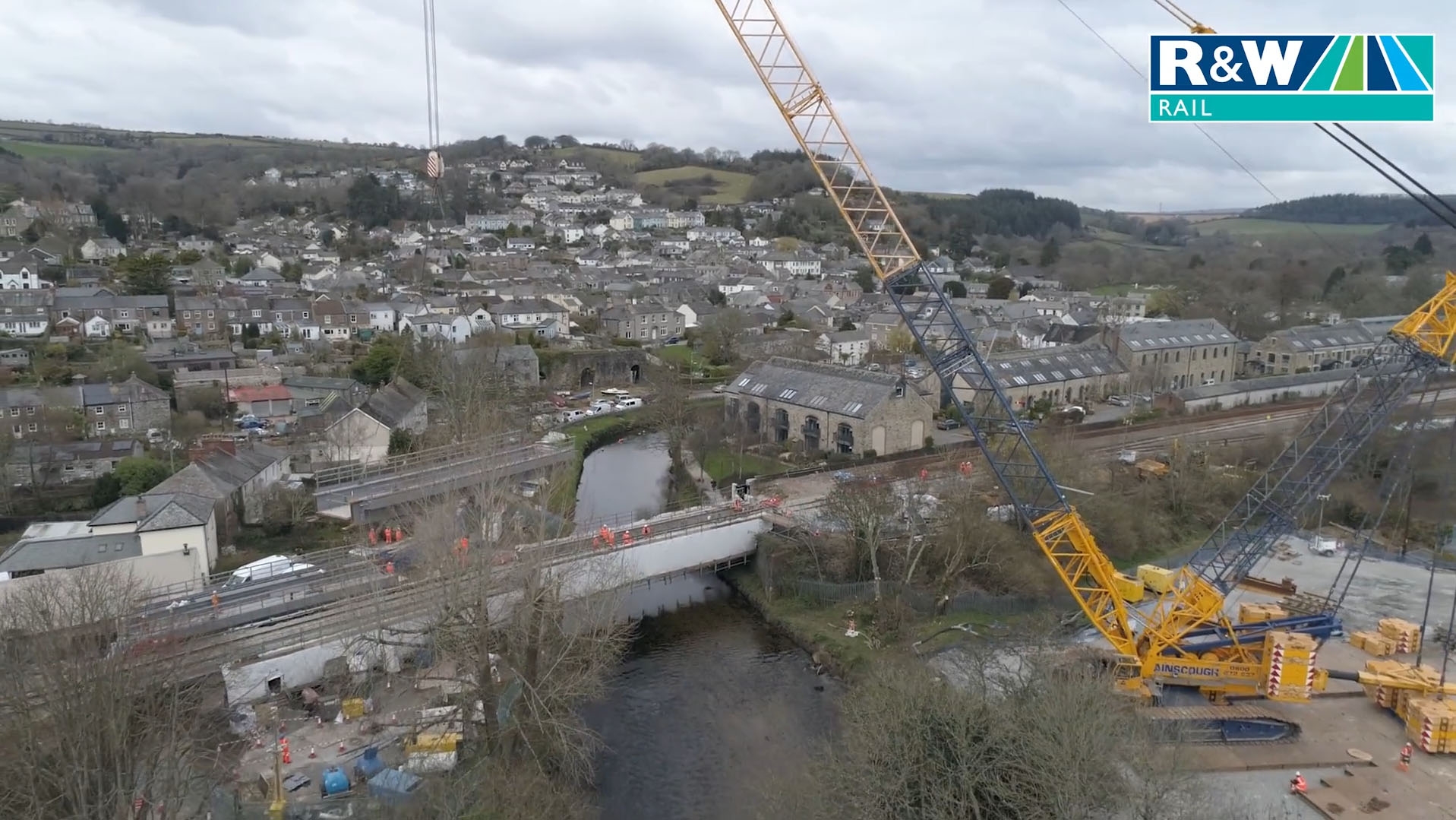 WCCTV is a specialist in providing Redeployable CCTV systems and was contracted to provide an HD ECO Site Tower to protect the main compound.

WCCTV’s HD Eco Site Tower is a truly rapid-deployment CCTV system which can be fully operational in a matter of minutes. It is the complete solution for site security with up to 150 hours of back-up power provided by a long-run battery it can run autonomously overnight and over weekends. Which was the perfect solution for R&W Rail as they worked through the night.

The system is an all-in-one surveillance solution which contains wireless transmission (Wi-Fi and 4G/3G) of video and alarms, an HD infrared PTZ camera. This allows an operator to capture images of any potential intruders remotely and challenge them with audio alarms helping to protect the equipment on site. With the added benefit of R&W Rail’s staff being able to also access the live or recorded footage via mobile phones, laptops or tablets from any location.

WCCTV is a specialist provider of fully managed Time Lapse Video Cameras, this includes both filming and production services. The cameras can be either bolted on to the HD Site Towers or a stand-alone option with its own fuel cell box.

This allowed R&W Rail to capture HD time lapse footage from anywhere on site including two different angles at the same time.

The WCCTV HD ECO Site Tower’s presence provided an effective visual deterrent to any potential intruders to the site and with the remote management of the cameras the site equipment was protected from theft.

WCCTV’s HD time lapse video cameras captured the whole project and once the project had ended a fully edited video was provided to R&W Rail which they shared on their social media and was shared by subcontractors on the project.

The video has generated over 2000 views promoting their teams’ accomplishment, increasing brand recognition and building engagement through social comments, shares and likes.

Contact WCCTV to Get a Quote for Your Projects

Ready to find out how WCCTV's Rapid Deployment CCTV can assist with site security? Interested in a time lapse video of your project?